Asma Said made a commitment to buy a domain name via Go Daddy.
He decided that he didn’t want the domain and that it was perfectly okay to not to follow through on payment. He does not seem to understand that his non-payment has consequences for the seller (and the domaining community as well), nor does he seem to care.
His website: AsmaSaid [dot] com.
His contact details can be found here or via any other Whois.
If he decides to go private, I have captured his details in a PDF file.
Said seems to think that making a commitment to follow through on his contracts is meaningless and doesn’t understand why a seller might be upset; this attitude suggests that his business ethics may be seriously lacking.
He apologizes, but they are just empty words; a genuine apology would involve following through on his financial commitment.
Do business with this person at your financial peril.

The Art of the (Lousy) Deal

Make the lie big, make it simple, keep saying it, and eventually they will believe it.
– Adolf Hitler

For you “true believers” of Donald Trump:
Donald Trump is only a “true believer” of the cult that is called “Donald Trump.”
He taps into your worst fears and creates an atmosphere where citizens are pitted against “the other,” who he wants you to see as a bogeyman. He pits us against each other.
He has set himself up as a Demagogue, a modern day Adolf Hitler.
In truth, he is nothing but a flapping spewing mouth, spitting out hatred.
He is plays right into the hands of ISIS, becoming this terrorist group’s best tool.
He has no intention of making America great again; he just wants to grab power and more money for himself.
You are being manipulated.
You are being led to the slaughter.


According to Ivana Trump, Donald Trump’s ex-wife, The Donald’s bedside reading consists of books like My New Order, by Adolf Hitler. 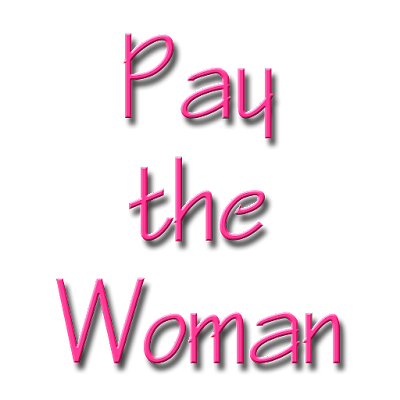 If you buy a domain from me, I expect prompt payment.

If you stiff me, your personal details will be splashed all over the internet with the word DEADBEAT attached to your reputation.

Thank you for your future cooperation.

How many ways can we say this???

God is NOT Fixing It

God is NOT Fixing This

God Will NOT Fix It

God Will NOT Fix This

To ALL Legislators, especially Republican:

We DON'T want your "Thoughts and Prayers":

WE WANT ACTION,
not worthless platitudes!

God Helps Those Who Help Themselves!


And, no, this saying did NOT originate in The Bible
Posted by j at 3:55 PM No comments:

Warning! Fake Court Summons! The Owner of Kwedit.ru is a Scamming A$$hole!!!


Be careful about a “Court Summons” that arrives via email, especially with attachments.

Arrived today in my email via:

Notice to Appear,
You have to appear in the Court on the October 29.
Please, prepare all the documents relating to the case and bring them to Court on the specified date.
Note: If you do not come, the case will be heard in your absence.
You can find the Court Notice is in the attachment [Probably filled with viruses and malware].

Some idiot from Russia???
Seriously???
My message to “Scott Hensley”:
Go straight to hell. Do not pass Go.
And screw you, butt plug.
If you don’t know what I mean, run my comment through Google translator.
Anyway, Kwedit.ru is registered to someone named “Private Person” – in other words, this numpty is hiding behind privacy settings:

The Art of the Scam

Over the past few days, I have been thinking about what makes for a successful scam/con – or at least one that can last for years before imploding big time.
There is currently a very long thread at Namepros regarding Adam Dicker, a very well-known domainer who allegedly has been scamming his customers for years by taking their money and under-delivering or not delivering promised website services at all.
Several customers have come forward with their stories of woe, and evidence appears to be piling up against Mr. Dicker.
I am NOT one of his victims.
But I very well could have been.
How?
While I don’t know Mr. Dicker personally and have never met him, he has been a Facebook friend, an extremely friendly presence on my timeline. He is also well-known in the domaining community, a go-getter and high-profile presence at the popular domaining conferences.
He was respected, a go-to guy.
I liked him; he has a friendly face and demeanor, and unlike some of my other FB friends (and even me, if the truth be told), he never went on a political rant. He never called anyone names. He posted mostly about his family, his diet, he fave sports – just ordinary stuff. Occasionally, he posted about his websites and domain names, but nothing excessive or annoying.
He was exceedingly polite, a breath of fresh air on the craziness called Facebook.
Just last month (September 2015) at THE Domain Conference, a major domaining conference, Mr. Dicker was awarded Developer-of-the-Year – kind of ironic, given that not too many of his customers’ domains were being developed by Mr. Dicker’s companies, but life is full of little ironies, isn’t it?
However, I’m not out to pile on Adam Dicker specifically; this Namepros thread is doing a very good job of that, and, besides, I have nothing of substance to add to that particular narrative.
Also, I have no idea if Mr. Dicker is a straight-up con man or someone who just got involved in too many projects and decided to cut his losses and was able to string people along for so long because of his engaging personality.
But here’s the reality:

Many very smart people were scammed out of thousands of dollars, dispelling the myth that only stupid and naive people get conned.

Which leads me to an epiphany: no one is immune to a well-placed con.
To varying degrees, human beings are prone to greed, dishonesty, vanity, opportunism, lust, compassion, credulity, irresponsibility, desperation, and naivety, and con men are excellent at exploiting these human foibles.
Yes, most of us know to avoid the stranger who telephones us with that “can’t-lose” proposition or the stereotypical email from the Nigerian Prince promising us millions (if only we could send him a small fee of, say, $3,950 for taxes).
I’m talking about the con man (or woman) who walks among us and calls us friends and colleagues.
The Bernie Madoffs, the type of con artist who “makes off” with the funds of people close to him or her.
Con men are persuasive and confident – hence, the term confidence man.
Even among loved ones and friends, they are experts at “building” an effective con:

1. They lay an elaborate foundation, often involving other con artists, planning their con and selecting their marks with care.
2.  They approach their mark, using a well-prepared script.
3.  If the mark is receptive or even hesitant, they introduce the scheme and appeal to his inner greed. They try to break him down by showing how much profit he stands to make. (If the potential mark resists totally, con men know when to move on to another mark).
4.  At this stage, the con man may even pay out small amounts of money to the mark or the con’s assistants to “convince” the mark of validity.
5.  No con scheme is complete without the dénouement, the end game. The mark is pushed to the edge and forced to act immediately; the con takes full control of the narrative – the scam will either work or die right here.
6.   Finally, the con artist will make a big show of placing his own money where his mouth is, just to “prove” to the mark of the con’s honesty. In a common con, the con man will give the mark a “good will” check for deposit – of course, the check is bogus and will eventually bounce – long after the con has left town.
Con artists are people-oriented; they are charming, engaging, manipulative, and funny, good at drawing people into their sphere and pro at deflecting questions and suspicions, which makes them especially dangerous, even to their own family, friends, and colleagues.
There is one truth to avoid being scammed:

Period.
And if you think you are immune, consider this July 1, 2014, Time Magazine article:

4 Powerful Things Con Men Can Teach You About Persuasion, by Eric Barker

Email ThisBlogThis!Share to TwitterShare to FacebookShare to Pinterest
Labels: Adam Dicker, Bernie Madoff, Con Artists, Con Men, Scam Artists, Scams, The Art of the Con, The Art of the Scam

E-fat.com Finally Retrieved After Having Been Hijacked by New Ventures Services!

WARNING! If You Own Domain Names, Avoid Web.com and Its Subsidiaries and Partners (Register.com, Network Solutions, and New Ventures Services – A.K.A. “New Vultures Services” – Among Others)

For now, e-fat.com redirects to this post, cloaked, just because I can...
New Ventures Services had dropped the domain (just like I knew they would), and I was able to hand register it on August 7, 2015, through Go Daddy for a mere $8.37, not the $125.00 these sharks wanted to charge me.
I realize that this isn’t a high value domain, what with that hyphen, BUT it was one of the domains I had registered early in my career (2004), and it is kind of special to me, which is why I have placed a high price on it (in other words, I don’t really want to sell it).
Over the past year, I would check the Whois for it, and each time, New Services Vultures, uh, Ventures had slapped a higher price on it:

This upward tiered pricing, I’m sure, was done out of spite because I refused to cave into their extortive demands, and I kept checking the Whois for it.
But, for today, a good guy has won!
Happy dance!